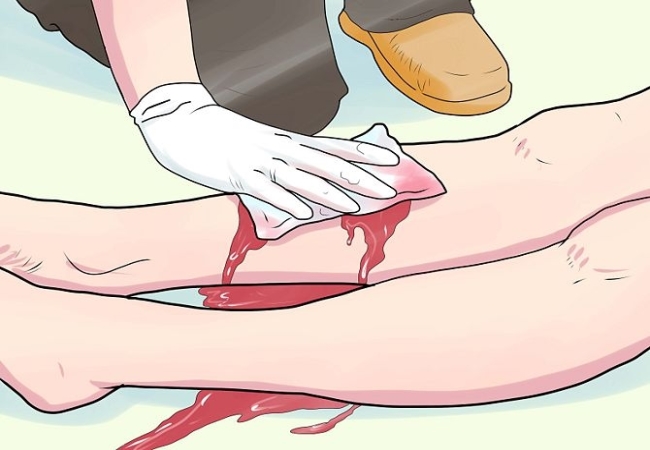 All over the news we are seeing an increasing amount of violence towards our fellow man. In 2017, there was over 400 mass shootings in the United States alone. These mass shooting have left over 1600 injured and over 500 dead. According to The Salt Lake Tribune, the most notable was the Las Vegas Shooting which has been said to be “the deadliest shooting in modern US history.” This shooting alone left 59 dead and over 500 injured. Many more would have perished if it weren’t for highly trained Emergency Personnel and good Samaritans coming to the rescue. With so many people injured, it was imperative to stop the bleeding to give medical professionals ample time to treat the most severe.

Losing just one pint of blood is all it takes to send the body into shock. According to How Stuff Works , the heart pumps approximately 5 liters of blood, whilst delivering vital nutrients, and removing harmful waste from the body. This life sustaining liquid is constantly being pumped at a rate of 3 times per minute! This high rate of speed and pressure can cause a small wound to become devastating. Luckily, our amazing bodies jump into action at the first sign of blood loss. Our body begins doing what it can to save us. Our body quickens the pulse, lowers blood pressure, and draws blood away from our outer extremities. This internal process presents externally as the patient becomes confused, weak, pale, clammy, or cold. Once 20% of blood is lost, a life-threatening condition develops called, Hypovolemic Shock. Quick action is necessary to help cease the hemorrhaging. Government agencies have known how important it is to stop bleeding and have poured money into research, as well as a program called, Stop The Bleed.

Stop The Bleed is a government initiative that calls on the public to do more in emergency situations and stop life threatening bleeds. Significant bleeding can happen in a matter of minutes, so the best source would be to utilize a hemostatic substance from a common first aid kit. Hemostatic agents, (aka Styptic) were first developed using organic and inorganic material applied directly to the open wound to create a hard plug similar to a scab. Further research has developed newer, more advanced products. Celox is a type of haemostatic agent that utilized highly purified natural organic material that works harmoniously with the body to create a soft enclosure that will eventually be absorbed by your body! Thanks to its unique design, Celox has been proven to work on almost all external bleeds. Celox even works in the presence of common anticoagulant blood thinners, as well as thin blood caused by colder climates. When these are not available, pressure can then be applied to the wound, or a tourniquet is the best alternative.

With the ever-growing violence, it is increasingly imperative for everyone to take a proactive approach towards emergency preparedness. Acquiring a first aid kit with a hemostat could save your life, or the lives of your loved ones. Keep a first aid kit in your car, travel gear, home, or at work; it's the best practice to save a life. 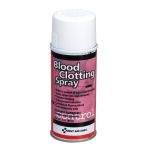 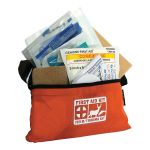 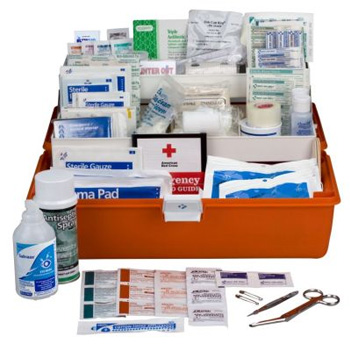 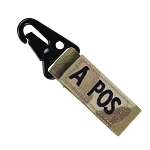