The Healthiest States of 2018: Where Does Your State Rank? 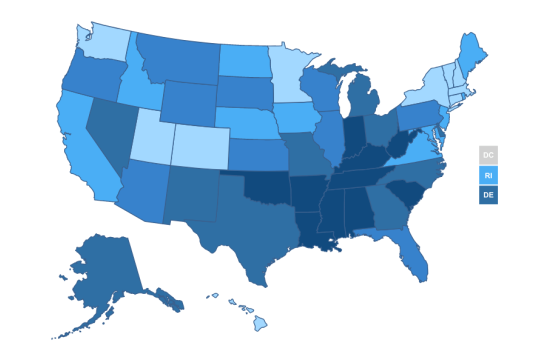 The end of the calendar year is "list time." You see them everywhere: lists ranking the year's best music, most memorable sporting events, news, and just about everything else you can imagine.

To sum it up, specific factors that affect a state's ranking include rates of:

So who is the healthiest state in America? Perhaps unsurprisingly, it's...Hawaii. I guess all that sun, ocean, and tranquility pays dividends for your health! Factors that helped Hawaii grab the top spot include its lower-than-average rates in obesity, smoking, and mental distress, as well as lower air pollution and higher numbers of doctors.

Other states cracking the top 5 are: Massachusetts, Connecticut, Vermont, and Utah. Generally speaking, the healthiest states are located in the Northeast, with a few notables in the West and Midwest.

The South, meanwhile, has the least healthy states, including Arkansas, Oklahoma, Alabama, Mississippi, and Louisiana, who ranks last on the list at #50.

Dr. Georges Benjamin, executive director of the American Public Health Association, looked at the lower-ranking Southern states, and notes, "When you look at some of the challenges they have, it's still around tobacco use and poverty and, to some degree, physical inactivity. Those are the things that we know result in fundamentally poor health outcomes."

Researchers noted some overall health trends for the year:

The Good: Children living in poverty in the U.S. decreased from 22.6% to 18.4%. Rates of air pollution continue to drop, and the number of physicians and mental health care providers are on the rise.

The Bad: For the first time ever, more than 30% of the adult U.S. population is obese. Premature deaths are also trending in the wrong direction, with higher numbers of suicides and drug-related deaths.

The full list of 50 states is below: Where does your state rank? 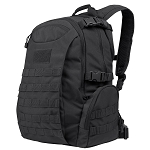 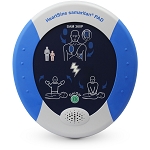 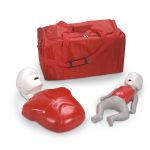