How a Tsunami Works 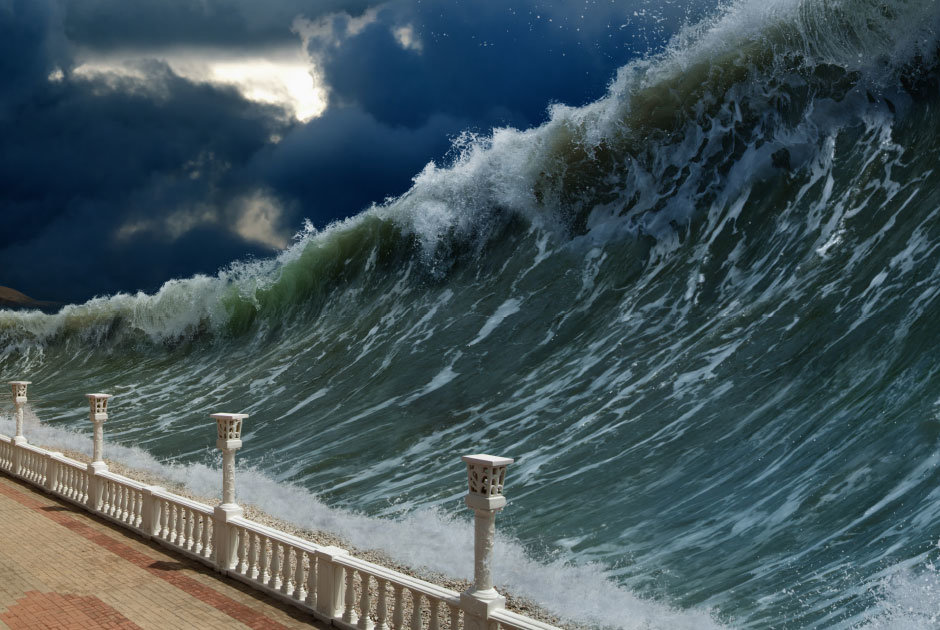 Tsunamis don’t often get much national media attention or explanation in the United States where hurricanes and tornadoes are the more common form of natural disaster. But on days like today, it's helpful to know your science. So what is a tsunami, what causes it, and most importantly what happens when it hits land?

A tsunami is an enormous ocean wave (or series of waves) that send large amounts of water onto land.

They are caused by sudden motion on the ocean floor. This could be due to a volcanic eruption, an underwater landslide, or even the impact of a large meteorite. But most are caused by earthquakes at tectonic plate boundaries under the ocean, like the 7.0 and 5.8 quakes that hit Alaska today.

According to National Geographic, when the ocean floor at a plate boundary rises or falls suddenly, like in an earthquake, the friction is so powerful that it displaces the water above it and launches the rolling waves that will become a tsunami.

Now for the truly terrifying part. Tsunamis race across the ocean at up to 600 miles per hour--faster than a jet airplane. That means a tsunami can trek across the entire Pacific Ocean in less than a day.

Plus, it won't wear out along its journey. Far out in the ocean, the waves may only be about a foot high, but once they enter shallow water near a large land mass they actually grow in energy and height. 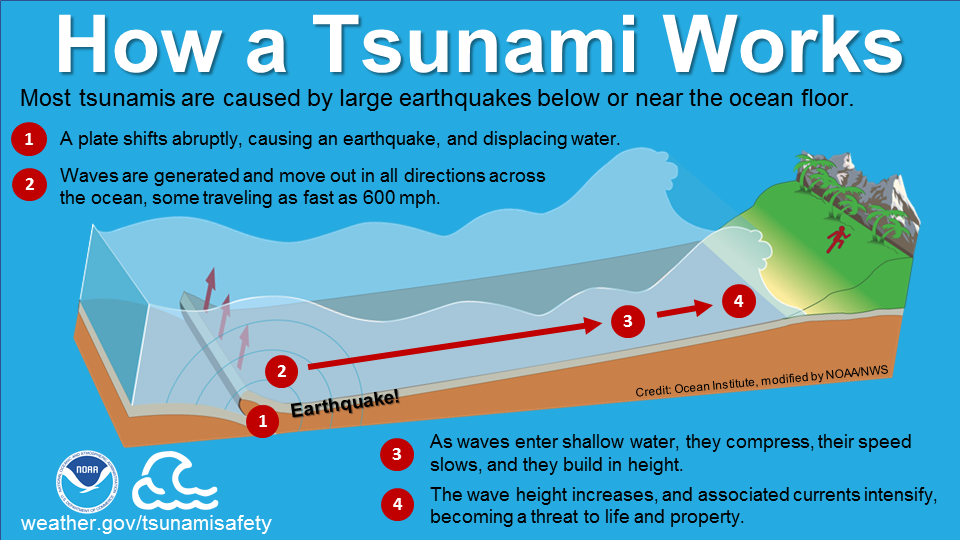 With something so powerful bellowing towards land, it's no wonder that a tsunami can cause catastrophic damage to life and property.

When a tsunami reaches shore, it produces a vacuum effect that sucks coastal water out to sea and leaves the sea floor bare. This is a warning sign. Typically around 5 minutes later, the tsunami hits the shore.

An important thing to remember if you're ever in such a situation: a tsunami is often more than one wave. After the first wave hits more could be on the way, so always wait for official word that the danger has passed and it is safe to travel.

These are natural disasters, so people living in or around the oceans should be prepared in case such a situation occurs. Headquartered in Hawaii, the Pacific Tsunami Warning System is a coalition of 26 nations that maintains seismic equipment and water level gauges to identify tsunamis. Such early warning systems are the best defense against tsunamis.

You can be prepared at home as well. It's good to have a disaster first aid kit in case of a serious calamity like a hurricane, earthquake, or even a tsunami. The CPR Savers 72-Hour Survival Kit is the perfect choice. It includes a lot of vital supplies including food, water, first aid kit, blanket, matches, light sticks, and much more.